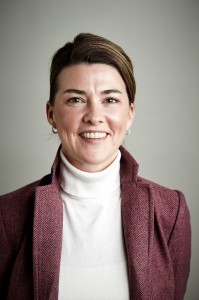 We are proud to announce Merrilee Hertlein, AIA, LEED BD+C has been named a principal of Mackey Mitchell Architects.

Merrilee graduated with a Bachelor of Science in Architectural Design from Missouri State University. After joining the firm in 2001, she was named a Senior Associate in 2007, and completed architectural registration in 2014.  Starting out as MMA’s interiors librarian Merrilee became knowledgeable about materials, systems, and finishes. Quickly becoming a go-to person for creative and imaginative ideas led to her work on a broad range of campus projects. Passionate about sustainability, she contributed to such significant projects as the LEED Platinum Alberici Headquarters, and has worked on over $168 million of student center interior design across the country.  She has influenced our collaborative culture in many ways – including the shaping of MMA’s dramatic new studio and regularly conceiving new ways to foster creativity. Not only enormously effective in her design contributions, as one of the firm’s ambassadors, she “lights up a room” during any engagement.  Finding meaning in creating joyful spaces for others, service is at the core of how Merrilee lives her life. During her 14 years at Mackey Mitchell, her passion for people and craft continuously enriches the way she connects with clients and colleagues. With her confident, spirited approach to any task, she’s truly an asset to the firm. We congratulate and welcome her as on of the firm’s principals.