Gene Mackey has published a new book titled Impressions of a European Journey . The book features illustrations by his father, Eugene Mackey, Jr. who sketched every country and city Gene and his dad visited on a trip they took together in the spring of 1958. The six-week adventure became a turning point in Gene Mackey’s life when he decided to follow the footsteps of his architect father, becoming an architect in his own right. Stored in a box for over 50 years, these now published sketches and letters are a tribute from a son who truly admired his father.  Produced by Monograph Publishing, this 120-page book is available on Amazon and at the St. Louis AIA Bookstore. 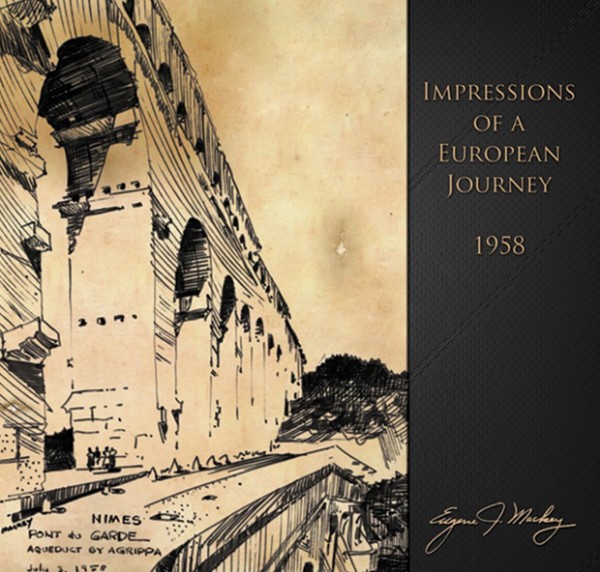