Principal John Burse and Senior Associate Stacey Wehe will be heading to Pittsburgh on July 12th to attend the 49th annual SCUP (Society for College and University Planning) conference. 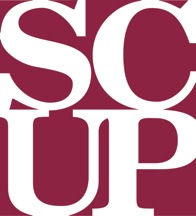 John Burse has been attending the conference for many years and says the sessions, tours, conversations, and camaraderie at SCUP refresh and re-energize his approach to campus work. According to John, “It’s a great  professional enrichment opportunity to connect with people and seek inspiration.”

John was invited to convene the conference session, “Understanding and Leading: Digital Impacts on the Physical Campus,” to be presented by Michael Haggans, a visiting professor at the Center for 21st Century Universities at the Georgia Institute of Technology. For the second year in a row, John was honored to review proposals for SCUP’s upcoming North Central Regional Conference in Toronto, Ontario, Canada.