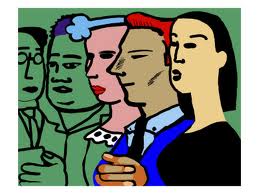 A select group of St. Louis architects convened at Mackey Mitchell’s downtown St. Louis office on Saturday, March 5 to review entries submitted in the 2011 AIA Michigan Design Awards program.  The jury included Gene Mackey and Gwynn Zivic from Mackey Mitchell Architects,  Jay Reeves from Tao+Lee; and Bill Bowersox and Joanne Walbert from Powers Bowersox.   Deliberations began by discussing the value of awards programs as a platform for peer recognition where all levels of design can be evaluated and, as a result, communicate the excellence of our craft to the public.