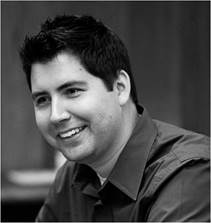 Congratulations to Jordan Gatewood on passing his ARE (Architectural Registration Exam). He joined Mackey Mitchell in 2007 and was named an Associate in 2009. While at the University of Kansas, Jordan was awarded the Ewart Travelling Fellowship to Denmark where he concentrated on housing design. He’s won several awards, including 1st place in the USGBC’s Natural Talent Design Competition, the AIA St. Louis Award of Distinction (unbuilt category), and was on the design team for the ACUHO-I  21st Century Competition which won the People’s Choice award. Jordan is an adjunct lecturer at Washington University in St. Louis’s Fox School of Design. He’s currently involved in a student housing project for the Savannah College of Art and Design (SCAD).