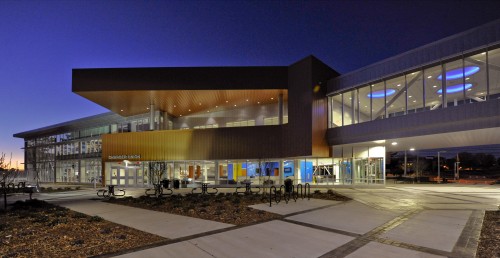 An article written by a student  from the design committee for the new student center at the University of Alabama at Huntsville was recently featured in  The Charger Times. Student committee member Taylor Reed recalls watching the building evolve from concept to completion and noted how students had been directly involved in the process from the start. “Serving on the design team,” he commented, “I can vouch that when a student had a concern, the design team listened, just as if it were President Altenkirch himself speaking.”  Open sessions were held on campus where students were able to select everything from types of activity spaces to furniture and paint colors. Everything inside as well as outside the building was inspired by the students, for the students. MMA’s design team included Gwynn Zivic, along with Jim Konrad, John Burse, Merrilee Hertlein, Clint Smith, and Stacey Wehe. Turner Batson served as the Architect-of-Record.