One entity, one contract, one unified flow of work from concept through completion. This describes the beauty of a term with a not-so-glamorous name: Design-Build. These two words describe a method of project delivery where quite simply, the team works under a single contract with an owner to provide design and construction services. For decades, the phrase has been a familiar one in the private sector, but it’s been a different story for the higher education market. 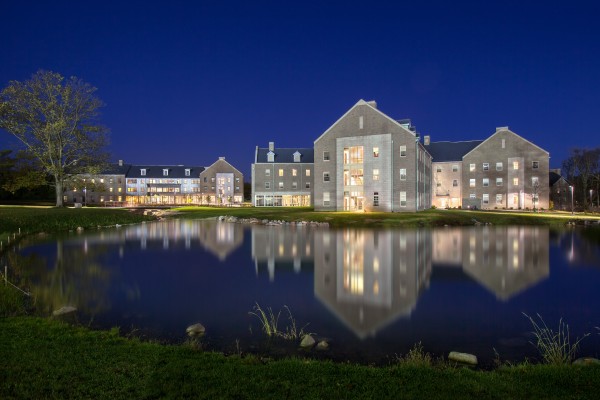 While there are certain advantages to the traditional “design-bid-build” method, it too comes with risks. Like anyone undertaking a major construction project, boards of trustees and university curators have to be exceptionally cautious about reducing project risks, especially when using public funds. Where once verboten, a number of states have passed legislation allowing public institutions to explore alternative design and construction methods such as Construction Management @ Risk (CM@R) and Design-Build.

When the trend shifted towards allowing universities to use new delivery methods, many state institutions began exploring design-build. While there were benefits to this process, many feared losing control and the ability to actively participate in the process, yet the idea of obtaining a guaranteed price early in the process and minimizing overall risks was appealing. Having a fixed construction price in the early design phases raised questions for the end-user. Did they really understand what they were getting? Would it satisfy their programmatic needs? Could they make changes to the project along the way, and if they did, how would costs be impacted? 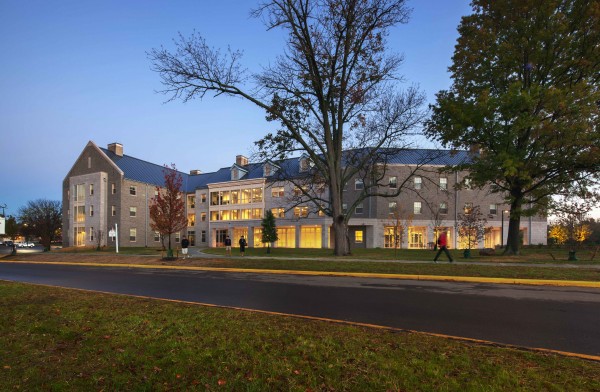 Stonebridge Hall is one of three new residence halls on the Miami campus built using the design/build construction method.

After Ohio passed legislation approving the design build process, Miami University in Oxford, Ohio engaged the Whiting-Turner Design-Build Team (which included Whiting-Turner as the contractor, CR+ Architecture as the architect-of-record and Mackey Mitchell Architects as the lead programming and design firm) to work with campus facilities and residential life. The university’s fear of non-participation was quickly eliminated as the team developed an interactive process allowing for a balance of design expectations and cost control. Every design decision had an associated cost. Design issues were prioritized to help manage expectations, allowing campus representatives to be fully engaged in the process. The overall result was what has come to be expected through design-build – faster delivery, cost savings, better quality, singular responsibility, decreased administrative burden, and reduced litigation claims.

The Team has completed three residence halls on Miami’s “Western Campus.” As the first major project completed on the Ohio campus using the design-build delivery method, it’s been deemed a major success, delivering a timely, well-coordinated, and extraordinary project to Miami University.