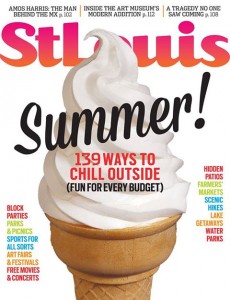 St. Louis Magazine editor and author Christy Marshall interviewed Gene Mackey about one of his earliest and still one of his favorite projects at the Missouri Botanical Garden. Design for the A. Wessell Shapleigh Fountain dates back to 1972, only four years after the firm’s beginning in 1968. Since then, Mackey Mitchell’s relationship with the Garden has continued for more than three decades. Over the years, MMA projects have included the Shoenberg, Kercheval, and Stribling Fountains;  the Rose Garden; interpretation and implementation of plans for the Japanese Garden developed by Professor Koichi Kawana of UCLA; the Center for Plant Conservation; the Tram Shelter; and two renovations of the Spink Pavilion. Gene still enjoys watching people respond to the Shapleigh Fountain. As he says in the interview, “there’s something very magical about it.”