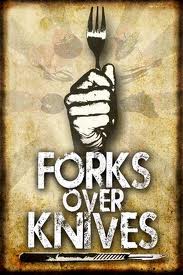 MMA  president Dan Mitchell shared with us his family’s long history of sky-high cholesterol and heart disease. In his early twenties, he was tested for total cholesterol after his mother went through triple bi-pass heart surgery.  His cholesterol level was in excess of 350 with a dangerously high level of LDL (the bad stuff).  In 1975, he began treatment at the Lipid Research Center at Washington University, and had been on medication ever since.  In the Fall of 2010 he was diagnosed  as “borderline diabetic.”

During our January snowstorm, Dan’s wife Peg coaxed him (although reluctantly) into watching an Oprah show with her  – and that day’s program was on a plant-based (vegan diet) and its effects on reversing heart disease. He bought the book “Veganist”, by Kathy Feston which outlined the benefits of  plant-based food.

Dan immediately adopted the program and hasn’t looked back.  After 10 months on a strict vegan diet he has lost 30 pounds, reduced total cholesterol by 30% and eliminated all risks of diabetes. His Body Mass Index (BMI) has been reduced 4.8 points in less than a year and he’s getting closer to the goal of being completely removed from needing any medication.  Dan showed the film “Forks Over Knives” in our office during two lunch periods making us all aware of the benefits of a plant-based diet.  While some of us stare in curious wonder at what’s on his plate on a particular day, some have adopted the diet, and many of us  admire his tenacity in adopting and sticking to his healthy new eating regimen.