We talk a lot at MMA about designing for the development of human potential – you’ve seen it here on these pages.  We always strive to create spaces that will bring the best out of their occupants and address the four dimensions of human ability: sensory, cognitive, physical, and social.

One of our newest projects addresses this goal in a big way, and adds another dimension.  For the Greenwood Center at Truman State University, we are using design to advance the human development of children with Autism by maximizing the potential of an existing building. 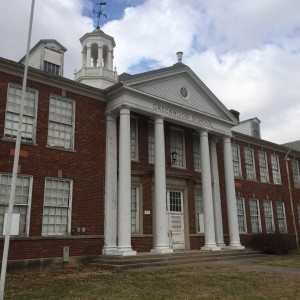 The Greenwood Elementary School was designed in 1935 in Kirksville, Missouri by architects Bonsack & Pearce of St. Louis.  Prolific school designers, they were not limited to that project type, and they enjoyed a number of commissions in Kirksville.  The Masonic Temple (1930), Daily Express Building (1930), and Memorial Hall (1936), are enduring examples of their work.  Bonsack & Pearce designed three buildings on Truman State’s campus: Baldwin Hall (1939), Ophelia Parrish Hall’s north wing (1939), and the Kirk Memorial Building (1940).  Though not designed as part of campus, the Drs. George and Blanche Laughlin House, directly across the street from Greenwood and now used by Truman State as their President’s House, is a Bonsack & Pearce project from 1937.

Greenwood served students in the Kirksville school district until 1998, when elementary schools were consolidated to the central campus.  Truman State purchased the building and since 1999 has been using it as storage space.  This utilization has kept the building in good, sound condition, though the community has been eager to see the building exterior improved and functionally better utilized. 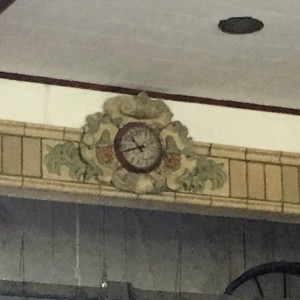 Proscenium detail at stage in gym

Through funding declared by Missouri Governor Jay Nixon in June, it was announced that the Greenwood School would be renovated to house a new Inter-Professional Autism Clinic, intended to provide comprehensive services for children with autism.  The funding included expansion to other autism organizations providing clinical services in Columbia and St. Louis; these clinics are currently the closest options for families in Northeast Missouri, requiring multiple hours of travel for weekly therapy visits.  According to the Centers for Disease Control, the incidence of Autism Spectrum Disorders is increasing.  In 2010, CDC estimated that 1 in every 68 children in the United States has been identified with ASD.  As the need for a wide variety of therapy services grows, schools like Truman State are finding opportunities to grow graduate and undergraduate degree programs with high placement and compensation rates.

Greenwood has great bones:  handsome Colonial-Revival architecture makes the building welcoming and approachable to families who could be arriving with much trepidation.  Generous room sizes and ceiling heights lend flexibility to the adaptive reuse of spaces, and provide visual clarity that is soothing for children with autism and families facing difficult diagnoses.  Stout structure makes the building feel solid, while well-proportioned detailing lends character and charm.  The building’s corner location provides great access for students who will be observing and helping to provide therapy, but also allows convenient access and polite separation for visiting clinicians and families.  From a developmental therapy context, Greenwood can be seen as quite human – it has signature gifts worth developing and enormous potential to grow, given the right attention and care. 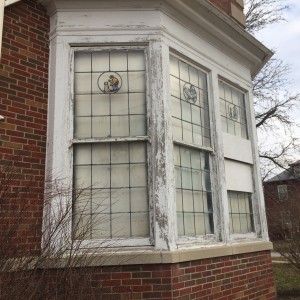 Mackey Mitchell is very excited to be working with Truman State to preserve and redevelop Greenwood into an inter-professional center, bringing together different disciplines within Truman and the larger community to accomplish big things.